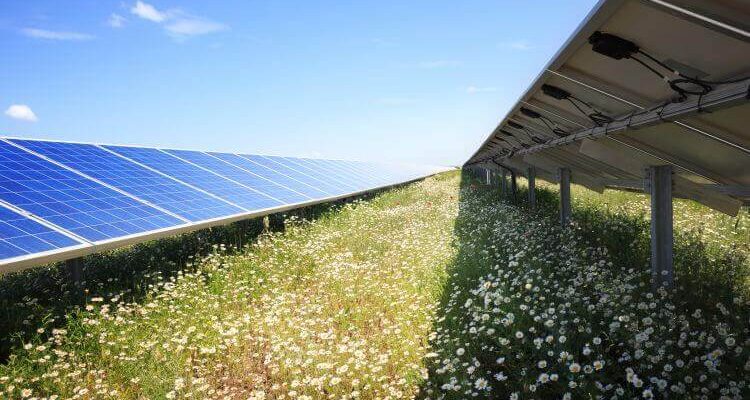 A newly published study by the german New Energy Industry Association (Bundesverband Neue Energiewirtschaft – bne) has examined the influence of solar parks over the biodiversity of their respective areas.

This study (available in German here) addressed one of the central questions of the energy transition – namely whether the optimal use of our scarce land resources could be tackled all together: climate protection, agriculture and nature conservation. The study concludes that photovoltaic systems on open spaces have a positive effect on biodiversity.

The authors, Rolf Peschel, Dr. Tim Peschel, Dr. Martine Marchand and Jörg Hauke, wanted to show whether and to what extent open space with photovoltaic systems can contribute to the flora and fauna biodiversity.

Procedure of The Study

The authors studied the documentation on vegetation and fauna of over 75 solar parks located in 9 different federal states (Länder) in Germany. In most cases, the documents used were from the approval stage of the solar parks.

At least 40 % of the examined parks had a documentation that could be used for the evaluation. They compared the parks conditions before and after PV-systems were installed, and found a positive impact that can be linked to the spacing of the modules and the maintenance of these rows interspaces. The authors also evaluated the colonisation of the parks by different group of animals and plants, and found similar results in similar studies performed in the UK.

The evaluation led to these main results:

According to ESD, the study should be continued on an ongoing basis by including more and more parks in the evaluation.

The findings from this study, which show that solar parks are a gain for biodiversity, should help us not only to further increase public acceptance of this type of renewable energy generation and to counter critics with resilient arguments, but also to support discussions and negotiations with nature conservation authorities in the approval process for new parks.

High public acceptance and benevolent support from nature conservation authorities will help to drive forward the ambitious and necessary expansion of solar energy.