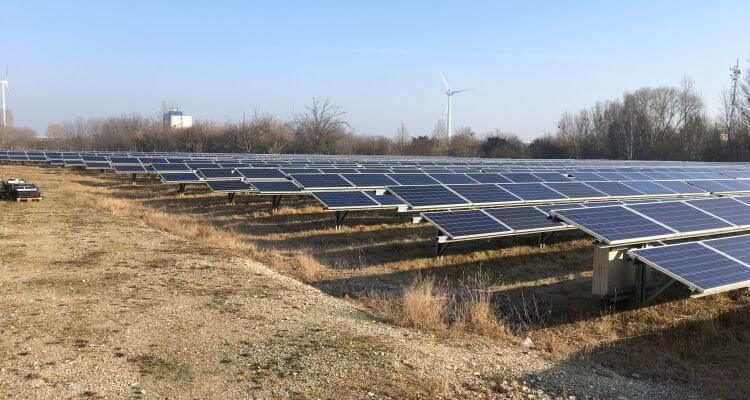 Repowering Solar Power Plants: Why And How To Do It?

In this article, we will look at how repowering can increase the performance and profitability of your investment.

What is photovoltaic repowering?

Repowering is the process of replacing old photovoltaic (PV) modules and other technology with new ones. This becomes economically attractive as the new module prices have dropped, while at the same time their performance has significantly increased.

For the same performance, the photovoltaic system newly equipped with modern modules will require less space. That freed up space can then be used to expand the solar farm, which will let you increase your yields even more.

Besides, the renewed system delivers again 100% target performance at the old, high compensation rates – if you have done everything legally correct. You have to be careful in fulfilling the framework conditions so that you don’t lose your compensation claim.

Most common reason for repowering: degradation

The most common technical reason for repowering is the so-called degradation of the modules: over time, every module looses a bit of performance. The output of crystalline PV modules drops by a maximum of 15% over 25 years – a drop in performance that is linear.

Thin-film modules “behave” completely different. They can show a degradation of up to 25% in the first year. If the yield drops by more than 10%, you should check whether repowering would be profitable for you.

The repowering process is simple: you install new PV modules with a high-performance class. It is important that you also purchase new inverters, because only new, more efficient ones can fully absorb the significantly higher voltage of the new modules.

If you also want to build a new system on the freed-up area, you must clarify in advance whether the grid connection point can absorb the higher power at all. Repowering frees up a lot of space on the roof or open space area. The typical capacity of an old thin-film module is 50 to 100 watts. In contrast, the typical capacity of a modern module is 300 to 400 watts. It is possible to increase the installed capacity on the existing area by more than 50%.

In order to maintain your entitlement to remuneration under the Renewable Energy Sources Act (EEG), the following aspects must be taken into account: Reasons for replacement can be a technical defect, damage or theft (Section 38b (2) and Section 48 (4), both from EEG). If the current performance is more than 10% below the target performance set by the manufacturer’s guarantee, there is a technical defect which may have occurred – for example due to degradation. Faulty cabling or contamination are not considered to be defects.

To repower, you must first prove the technical defect to your network operator. You also need to clarify whether you can replace the entire system, entire strings or only individual modules. In order to investigate this, the audit effort must remain comparative. You need to contact your grid operator and agree with them what will be accepted as proof of the defect.

Possible proofs are for instance: extracts from monitoring reports, thermography, or a (random) measurement of the module performance. When in doubt, you must consult relevant experts to get further legal advice. The technical equipment of the renewed system does not have to be adapted to new EEG requirements.

If you expand your system, it will then become two photovoltaic systems that are built via separate electricity counters. You must report the new system to the Federal Network Agency due form and time.

When does repowering a solar power plant pay off?

To know that, you will need to calculate on an individual basis whether the additional yield will be higher than the investment amount. The additional yield is always the result of the interaction between the remaining term, the remuneration rate and the percentage increase in performance of the new modules.

When it comes to the costs, you will not only have to add up the modules and the inverters costs, but also the dismantling and new assembly, the disposal and set-up costs. Thanks to a fall in module prices, repowering with monocrystalline quality modules can currently be carried out for less than 500€ per KWp.

Concerning the income, you can calculate it by comparing the current yield with the forecasted target yield of the new modules annually, and multiply it by the remaining term.

Repowering often becomes attractive by expanding capacity. This is because the ongoing lease costs for the area remain the same, while the income increases.

You can obtain support in the profitability analysis from expert companies. Inquire offers from one or, better still, several specialist repowering companies.

Hereafter is an example table calculating the return on investment of repowering: