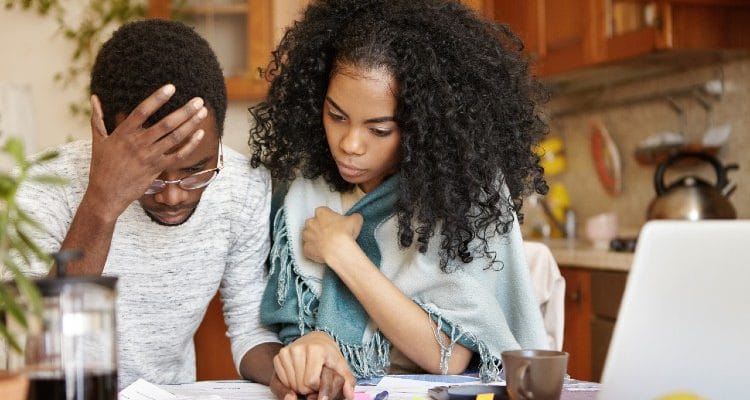 Electricity Prices Going Up Or Down

We all know how important it is to save money on our bills, but with rising prices on everything from groceries to gas, it can be tough!

I’ll tell you the truth. The real answer is no one knows for sure whether power prices will go up or down, as there are a lot of factors that go into how the electricity suppliers set the prices each year.

However, in this article, we will walk you through how electricity is priced and the key factors that drive power prices, so you can make an educated guess.

It’s interesting, but you might be surprised at how your local energy prices compare to other locations in the country!

To understand what affects electricity prices, first, you need to know how ISOs/RTOs operate.

The cheapest source is determined using this simplified formula:

Here is what each term means:

From this equation, you can’t help but notice that electricity from renewable sources is the cheapest, as it requires no fuel (0 cost of resource) and you just have to pay for the labor and transmission fees (additional expenses).

Therefore, ISOs/RTOs will use the energy from renewable sources first to meet the grid demand.

Unfortunately, renewables can’t meet 100% of the demand yet, so after using all the reliable renewable electricity, ISOs will look for the second cheapest source, which is nuclear reactors.

Similarly, there aren’t enough nuclear power plants to meet the remaining grid demand, so after using all the power produced, RTOs will go to the next cheapest source, which is coal.

Although we have a lot of coal power plants, the grid demand is much higher, so ISOs turn to the last electricity supplier, which is natural gas.

Luckily, there are enough natural gas plants to cover all the remaining consumer electricity needs unless the demand spikes such as the case in the hottest and coldest days.

Now after knowing what the cheapest sources are and how they are priced, let’s get into how ISOs operate.

As we mentioned before, as an ISO, your job is to meet the grid demand using the cheapest electricity source possible.

Obviously, the first thing you will buy is the wind farm power, as it’s the cheapest, if the demand is met, then that’s it, you won’t buy any power.

However, in this scenario, the wind farm only offered you 10kW and you still need 90kW to meet the demand.

Thus, you will turn to the next cheapest source and so on till you meet all the customers’ electricity demand at the given moment.

So, how much should you charge the customer for the electricity?

Ideally, you should charge your customer the average rate you paid to get this electricity from all the different sources, right?

Well, this is not how it works.

Instead, the ISO will pay each plant the same rate per kW as the plant that provided the final kW to meet the demand.

For instance, if right now you need 100kW, and there is a solar farm that offers 100kW and charges you $0.03/kW, then you will just buy all the solar farm power to meet the grid demand and will only pay $0.03/kW.

On the other hand, if the solar farm only offered you 99kW at $0.03/kW, you will then have to turn to nuclear plants to meet the remaining grid demand (1 kW).

Because that’s how the system works, the energy rates will depend on the last plant that meets the demand, which are usually the natural gas plants.

This makes natural gas prices one of the strongest -if not the strongest- influencers of the electricity rates.

In the previous section, we learned how ISOs work and that natural gas is the main driver of electricity prices.

In this section, we will go through some of the key factors that affect natural gas prices.

Similar to any market in the world, the energy market follows the principles of supply and demand.

The supply will depend on the production and storage, while demand follows both weather (temperature) and industrial activity.

For instance, in winter when it’s colder than usual, more people use their heating systems which increases the demand for natural gas to produce heat.

On top of that, when there is bad or extreme weather such as hurricanes or heavy snow, it can reduce the production of petroleum, which affects the natural gas supply, resulting in even higher electricity prices.

Unlike the electricity market where there is a constant demand for power, natural gas can be stored.

For instance, in the US and other developed countries such as the UK, Japan, and South Korea there are facilities that store huge amounts of natural gas underground.

This allows these countries to maintain their supply and be ready for spikes or changes in the geopolitical environment.

In the US, those facilities are called storage regions and there is usually a negative correlation between electricity prices and storage levels in these areas because when there’s less demand for natural gas, the prices will drop, as storage regions will be filled with natural gas and they need to free up some space.

When the demand is higher than the production, then the storage regions’ supplies will be depleted, which will drive the prices up.

3. The Capacity Of The Pipeline

This is mainly important during demand spikes, as the pipeline capacity will determine the amount and speed the natural gas can be supplied to the power plants to produce electricity.

If the pipeline capacity is low, then there will be a shortage of natural gas and electricity prices will skyrocket.

On the other hand, if you have more pipelines connected to your region or country, then the demand spike won’t affect power rates as much.

The problem is that there are certain areas in the world where political tension between countries can escalate quickly, and also affect natural gas prices.

For instance, when Russia and Ukraine got into that disagreement over Crimea, then it almost caused another crisis in Europe due to their reliance on Russian natural gas flowing through pipelines from Ukraine.

In addition to this, there are some countries such as Iran where sanctions can affect its oil production which will then lead to a shortage of natural gas and increase the prices.

This is also another key factor that can affect natural gas prices.

For instance, the US market has always been heavily influenced by politics and regulations since it’s a deregulated market where power providers compete to sell electricity to consumers (this doesn’t apply anymore due to Trump).

Thus, if there are any changes in taxes or environmental laws, it can affect the supply of natural gas and electricity prices.

For instance, during Obama’s presidency, there were new regulations that taxed carbon emissions which affected both consumers’ power rates as well as the companies who are producing oil or coal.

So, will electricity prices go up or down?

Right now, all signs indicate that we are heading to the deepest recession since world war ll.

It’s quite clear that the central banks are running out of tools, and their ability to lower interest rates will not be enough.

That said, there is no doubt in my mind that electricity prices (which are set by oil markets), will go up during this period until an equilibrium can be reached again where all economic indicators improve once more.