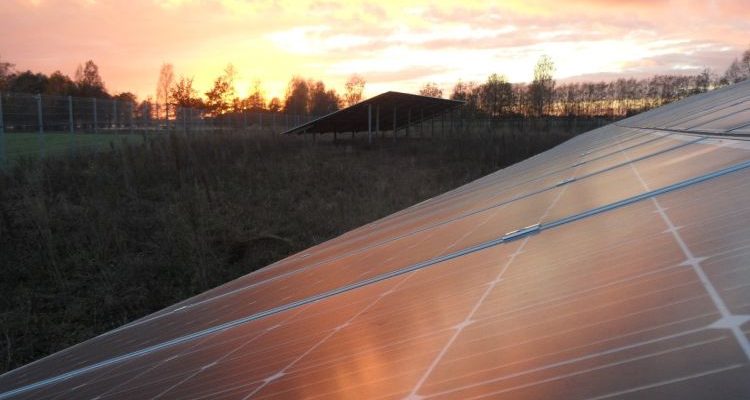 When Should You Start Thinking About The Future of Your PV System?

Your photovoltaic system has now been in operation for several years, but unfortunately the yields are not as expected. More detailed evaluations of the system data and, if necessary, on-site measurements have shown that the quality of the components is the decisive factor for the underperformance.

As if this was not problematic enough, the manufacturers of the components have long since ceased to exist on the market. So the question arises: what now?

Leaving the system in this condition is not an alternative. But how can one proceed? The following options might be available:

The first point may be possible, but it is questionable whether the performance of the components after repair is actually in an acceptable range, how long an improvement effect will last, or whether repair is even economically feasible.

The second point could appear more interesting in some cases – called revamping. This term stands for the large-scale replacement of components such as modules or inverters while the overall performance of the system remains the same.

The decisive factor for revamping can be, for example, the reduced performance of the installed modules. According to relevant studies, the average annual performance degradation of modules is between 0.3% and 0.5% for crystalline modules. However, if the degradation exceeds the contractually agreed level (keyword product and performance guarantee), a warranty claim can be made against the module manufacturer under certain circumstances. The reasons for reduced performance of PV modules are manifold, but the following causes can be regularly identified in “aging” solar systems:

The following case studies will be considered below:

Before dealing with the above examples, it should be noted that it is quite complex to implement a revamping or repowering project. It is not just a matter of dismantling the old components and installing new ones.

Rather, these are multi-layered projects that must be examined and planned in detail, both legally and technically. The realization of such a project should be carried out with experienced partners if the expertise cannot be covered in-house.

Requirements from the legislator (permits) or from grid operators (plant certificate) may differ from country to country. It may be necessary to go through approval processes again or to adapt or create new certificates for the plant, which can represent a risk. From a technical point of view, the following points, for example, must be taken into account:

Dimensions of the modules:
Do the selected modules fit the substructure or is conversion or adaptation work necessary?

Statics of the existing substructure:
Are the statics of the installed frame still guaranteed in connection with the newly selected modules?

String lines / cabling:
Can existing cables be used or will the cables also need to be replaced due to the new design of the installation?

Transformer:
Can the existing transformer continue to be used if the inverters are replaced, or will it need to be replaced due to differing voltage levels?

Monitoring system:
Can the existing monitoring system continue to be used, or will it need to be modified or replaced to capture complete operating data when the inverters are replaced?

Grid connection:
In the case of repowering, can the additional capacity be connected to the existing grid feed-in point? Are there corresponding feed-in commitments from the grid operator? What is the new billing model for feed-in tariffs?

Of course, an economic evaluation is also necessary to determine whether the planned conversion work will pay off at all or whether the possible increase in yield will not outweigh the costs. Detailed yield calculations should be carried out for this purpose.

During the process, care should be taken to ensure that the on-site measures (logistics and conversion work) are well prepared, that the old components are disposed of in accordance with specifications, and that complete plant documentation (including protocols for commissioning measurements in accordance with standards) is prepared.

Revamping and repowering – examples from practice:

In a German project from 2015 and 2016, the originally installed thin-film modules were replaced with crystalline modules due to severe underperformance. Due to the significantly higher nominal power of the crystalline modules, not only was the original nominal power replaced, but in addition, the still available racks were used to expand the plant.

For the replacement of the modules, the existing substructure had to be modified. The electrical layout of the plant had to be completely adapted to the new modules. I.e. the DC cabling had to be renewed. Existing generator junction boxes were reused after minor modifications (new connector plugs). The existing inverters were reused in this project, as there was no need for action here. Of course, new inverters and transformer stations had to be installed or erected for the plant expansion. The conversion measures were accepted by the energy supplier as eligible for subsidies.

In the second example, a plant in Italy also showed a significant reduction in output. This time, however, it was not due to the modules but to the central inverters installed. Due to unstable operation of the inverters, there were repeated plant failures and thus reduced revenues for the operator.

As a first step, different inverter concepts were tested. Yield calculations were made on the basis of the concepts. The replacement by new central inverters as well as by three types of string inverters was examined. In the financial evaluation of the concepts, additional costs due to further component deceptions had to be considered in addition to the different yields. With the string inverter concept finally selected, the transformers had to be replaced as well as the inverters.

The string inverters were installed in the positions of the previously installed and now obsolete generator junction boxes, which meant that the DC cabling only had to be adjusted slightly. Additional junction boxes were installed to allow use of additional portions of the original cabling (main lines). The AC lines of the inverters were connected in a new low-voltage main distribution, which was connected to the new transformers. In addition, a new monitoring system was installed to enable more detailed recording of operating data. Great importance also had to be attached to the documentation of the revamping measures, which had to be submitted in detail to GSE (Gestore dei servizi energetici – GSE S.p.A.) in order not to jeopardize the existing feed-in tariff.

The topic of revamping is not only interesting for plants with defective components. Also for plants in which – as mentioned at the beginning – installed components show problems, whose manufacturers are no longer represented on the market, offer poor and, what is more, expensive support or have significantly lower efficiencies compared to current components (e.g. inverters), a replacement can make sense.

Revamping will be particularly exciting in the future for plants that are phased out of the subsidy and are to continue operation based on existing leases and commitments for future use of the grid connection – keyword post-EEG period.

As with new projects, it is recommended to have a technical inspection of the plant carried out by an independent expert after completion of the conversion work and commissioning of the plant, in order to obtain a picture of the quality of the work in the course of acceptance, so that your plant will give you more pleasure than headaches again in the long term.

Christopher Meyer-Friedrich, Business Development Manager, has been working in the renewable energy sector since 2010 and for meteocontrol GmbH since 2019. He is responsible for sales and development of consulting services in the field of quality assurance of PV systems.

Matthias Hadamscheck, Head of Technical Consulting, has been working for meteocontrol GmbH since 2010 and has been active in the field of quality assurance of PV plants since then – especially in the area of preparing technical due diligences and technical inspections of projects in Germany as well as international projects.