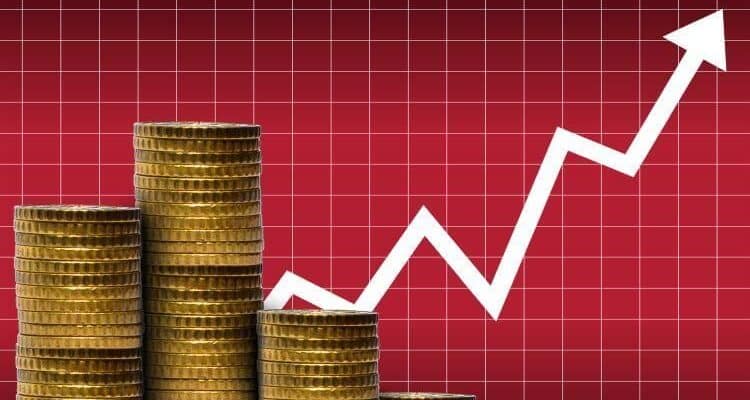 Interest rate reversal: don’t put financing on the back burner

The age of low interest is past. This economic downturn is hitting many commercial photovoltaic projects hard, as most of them are based on credit financing.

The interest rate reversal is presenting a challenge to the clean energy transition. While conclusions are being drawn and preparations made in the industry, one thing is already certain: anyone who operates leveraged PV systems or wants to buy PV projects should secure good interest rates for their financing as quickly as possible before the framework conditions deteriorate further.

How did we get here? It all started in the pandemic: supply chain bottlenecks and increased demand caused inflation to rise, something initially believed to be a temporary effect. The downward trend then solidified with the outbreak of war in Ukraine and the resulting energy crisis. There were also climate-related crop failures worldwide. The rising food and energy prices have already caused the value of money in Germany to swell 9.1 percent in August. President of the German Bundestag Nagel even expects inflation to reach 10 percent this autumn.

The European Central Bank (ECB), however, only accepts an inflation rate of 2 percent and is taking countermeasures. In July, it raised its key interest rate for commercial banks (the main refinancing rate) by 0.5 percent. In mid-September, it added another 1.25 percent. The ECB Council assumes that further interest rate increases will be necessary in order to dampen demand and curb inflation – there is currently no end to this trend in sight.

But is the ECB also lowering the demand for renewable energy financing? This would be counterproductive in the extreme. Energy prices can be restabilised through rapid expansion of renewable energies. This is what the political sphere must now address.

A number of things are changing for PV investors: In the future, equity can no longer be leveraged at will with cheap loans. Financing costs are rising, which can have an impact on returns and also on the amount of equity to be invested.

What is currently important in the operation and purchase of PV projects?

Check the credit periods of your PV financing. If a long fixed interest rate has been agreed, if possible over the entire loan term, you do not need to take any further steps.

If you are planning to sell a PV project with a shorter fixed interest rate, do so quickly. The interest rate risk is likely to reduce the sale value of the asset sooner or later.

If you want to buy PV projects, you should also quickly secure the current financing conditions. Even though interest rates have already risen, an additional rise in interest rates seems more than likely, assuming that high inflation is here to stay.

The crux of the matter: which fixed interest rate to choose?

With the interest rate reversal, we have to rethink the way we fix interest rates on financing. In the past, during the low-interest phase, it was considered a smart move to secure low interest rates for as long as possible and to allow leeway for unscheduled repayments. Which expectations of interest rate development make safe bets today? No one can reliably forecast for how long interest rates will be rising and when they will fall again.

One way to deal with this uncertainty is split financing. This might consist of partial financing with a shorter fixed interest rate. This allows the advantages of a downward trend could be taken on, if necessary. On the other hand, the part with a shorter fixed interest rate entails an interest rate risk in the follow-up financing. The second part of the split financing could bring stability to the financing structure with a long fixed-interest period. Of course, you can also secure this for the financing in its entirety, although this means losing optimisation options in the event of an upward trend. Loans with variable interest rates that are “capped” upwards (interest rate cap) offer another option for flexibility.

Is the interest rate reversal putting the brakes on the clean energy transition?

Currently, there is very high demand for investments in renewable energies. Rising interest rates will lead the market to expect higher returns or lower risks. Institutional investors in particular are constantly reviewing their risk-return profile and may become more cautious. This development is cushioned to some extent by the demand for sustainable investments, as renewable energy is considered very sensible from various ethical standpoints.

How can the industry react to this? The room for manoeuvring is small. After all, with rising project costs -due to higher financing costs, the shortage of skilled workers and disrupted supply chains- how can returns be increased or risks minimised? Installers and manufacturers do not have to forego margins, as the demand for them will likely remain high. It’s a different story for project developers and EPCs. In the medium run, they will have to prepare for the interest rate reversal and make cuts and/or increase efficiency. The better they organise themselves, the smaller these cuts will be.

The interest rate reversal will leave its mark on the energy transition. In order to be able to stabilise energy costs in both the short and long run, renewable energies are of extreme importance for three reasons:

The energy transition would be slowed down if project developers or EPCs were to drop projects because their margins are becoming too low or even the sales prices are no longer recovering project costs. Neither a shortage of project supply nor a lessening of project demand will lead to the envisaged accelerated expansion of renewable energies. The German Solar Industry Association (BSW) has recognised this problem and has already called for a compensation mechanism for rising capital costs in the EEG “Easter package”.