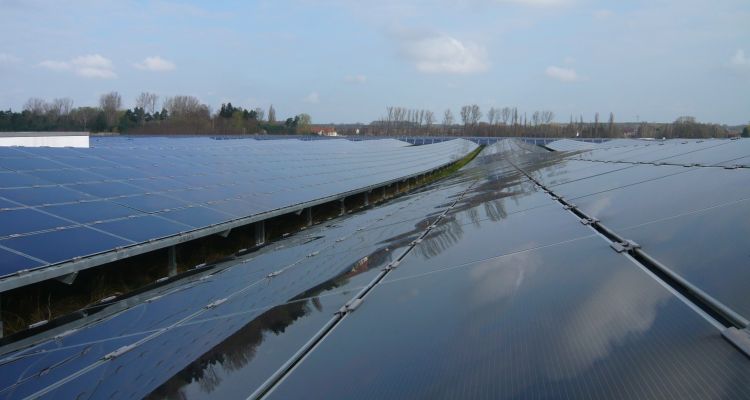 Corporate PPAs As A Future-Oriented Market Model – Despite Corona?

Already well established in Europe, corporate PPAs are now also concluded in Germany.[1] A corporate Power Purchase Agreement (PPA) is a long-term electricity supply contract on the basis of renewable energy to be concluded between the generator and a company (the ‘Corporate’) as offtaker.

The latter is often an industrial buyer with high power consumption. The advantages for the parties are clear: PPAs promise long-term hedge of volume and price and therefore a stable cashflow.

PPAs can be categorised as follows: physical and virtual (also called “synthetic”) PPA, whereby in case of the latter only financial settlement takes place. There is no numerus clausus of PPAs, however, in principal three types of PPAs can be distinguished.

The On-Site PPA is the simplest way of delivery. The offtaker is directly delivered by the generator. Typical examples are stand-alone solutions as well as industrial consumer grids.

In contrast to an On-Site PPA, there is no geographical proximity needed between the generating plant and the offtaker.

The electricity supply is made by usage of the public grid; the generator has to make sure that the electricity produced in his plant is allocated to a specific balancing account. The generator regularly provides the offtaker with certificates of origin. He receives a fixed remuneration as agreed under the Off-Site PPA.

The difference between an On- or Off-Site PPA and a synthetic PPA is that under the latter only financial settlement takes place. The model above shows a so-called Contract for Difference: Here, too, a geographical proximity between generating plant and offtaker is not necessary. Therefore, the generator can benefit from locational advantages for the respective energy form and make usage of economies of scale by concluding PPAs regarding partial volumes with different offtakers.

Hence, the generator always receives the Strike Price and in doing so secures a stable cashflow. It is therefore the offtaker who bears the long term market price risk and therefore suffers a loss.

Impacts of the Corona crisis

Both, generator and offtaker, aim to protect themselves against price fluctuation in the long run by concluding a PPA. Hence, what does the crisis and the associated uncertainty in the energy sector mean for the development of PPAs in Germany?

The Corona pandemic already has an impact on the wholesale electricity prices. This can be seen in an extreme price volatility every now and then. The question is, whether respectively when the long-term electricity price level will return to the price levels observed previous to COVID-19. Analysts speculate that the majority of planned projects that have not yet concluded a PPA will be put on the back burner for the time being.

It should be noted that both, generator as well as offtaker, should have continuing interest in the future conclusion of long-term PPAs. Apart from the Corona crisis there is uncertainty with respect to PPAs, in particular with regard to the complexity of the contract, the risk allocation against the background of the long term as well as uncertainty regarding the future regulatory framework.

Flexibility of PPA through contractual structuring

Notwithstanding the question whether the parties intend to conclude a physical or virtual PPA, they should pay special attention to the following aspects in order to be able to deal with the developments in the energy market (potentially) caused by the Corona crisis:

1. The price sheet as core of a PPA

Every PPA’s core is the price sheet: Especially in a long-term supply contract each party makes a bet on the development of the electricity price. However, it should have never been more difficult than it is today to forecast such development.

The contractual design has to take into consideration the targeted commercial attractiveness for both parties on the one hand as well as each parties’ interest in a long-term price protection on the other hand.

The price sheet should therefore stipulate a lawful price adaptation mechanism. The parties might agree on a fixed price per kWh/MWh or foresee a price corridor or a mixed price formula that changes between a fixed price (with discount or premium, where applicable) and a price corridor respectively minimum and maximum prices depending on season and primary energy source. Another option might be agreeing on indexations, floors or caps.

In this context, the parties should well consider the contractual possibilities for each party to terminate the contract. As we’re talking about a long-term supply agreement, no party shall in general be entitled to prematurely terminate the PPA without good cause.

By way of so-called profitability clauses as well as Change-in-Law clauses parties remain flexible in case the commercial and/or legal framework conditions the PPA is based on change in a way that it is not reasonable for at least one of the parties to sustain the contract unchanged. Regularly, such clauses foresee an adaption right for the party affected and allow termination of the contract as ultima ratio only.

In case such contractual provision is missing, an adaption of the PPA or even a termination will be governed by sec. 313 German Civil Code (interference with the basis of the transaction) or sec. 314 German Civil Code (termination, for a compelling reason, of contracts for the performance of a continuing obligation).

However, referring to the aforementioned legal provisions is dangerous for various reasons and therefore cannot be recommended. A respective contractual regulation though enables the parties to agree on an individual and therefore precise regulation and thereby mitigate the potential for conflicts.

Last but not least the parties have to take into consideration that a concrete regulation is necessary with regard to the order of priority between the fixed price scheme (where appropriate) and the profitability clause. A question the German Federal Supreme Court already dealt with.

Finally, the parties have to consider that also profitability clauses as well as Change-in-Law clauses must also be applied under sec. 305 ff. German Civil Code, if the PPA contains standard business terms.

All things considered, the – potential – impacts of the Corona crisis on the electricity price should in principle not make PPAs obsolete as a market product. Especially market players acting strategically could benefit from that.

Obstacles in the market (keyword: power price compensation) have already existed before COVID-19. They can be mitigated, as well as the (potential) impacts of the Corona crisis by way of a thoughtful contract design and structuring.

Dr. Carmen Schneider studied law in Gießen and Bonn and obtained her doctorate in the field of energy law after a research period at Centre de Recherche en Economie et Droit de l’Energie in Montpellier, France. Prior to joining Chatham Partners she was partner at DWF Germany Rechtsanwaltsgesellschaft mbH and associated partner at GÖRG Partnerschaft von Rechtsanwälten mbH. She is author of various legal publications and regularly speaks on energy law topics.