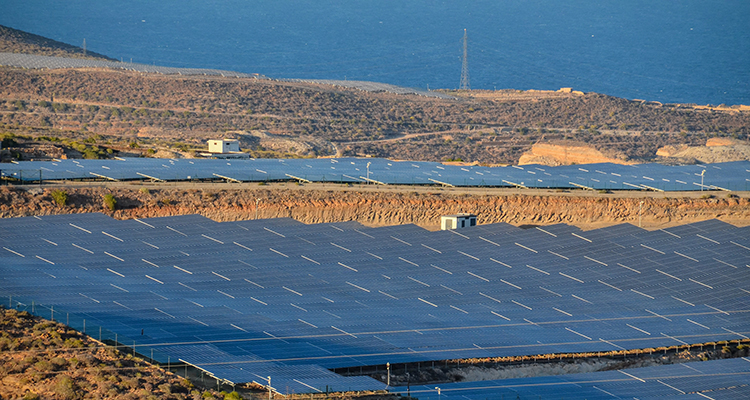 Italy Update: One customer at a time

Italy update: Current Italian legislation for self-consumption includes the possibility for owners of PV systems up to 20 MW to sell all or part of the produced power to a single final client. Despite several challenges, this option is now becoming more attractive, as solar module prices keep dropping and energy prices for the Italian industry and service sector remain among the highest in Europe.

This article by Emiliano Bellini was originally published in issue 12-2017 of PV Magazine.

Over the past three years, the Italian PV market was able to stay afloat at an average increase of between 300 MW and 350 MW in new installations per year. This growth, although very limited when compared to that of the years prior to 2013 – the year when the generous incentive scheme Conto Energia was closed – was mainly attributable to the legislation for self-consumption, which was issued by the Italian Government in 2013 and came into force at the beginning of 2014. After a first year in the testing mode, the new rules, which had initially been viewed with suspicion by the Italian renewable sector, especially because of the large number of project ­typologies, and the difficulty of understanding a new set of provisions (and indirect incentives) that had no proven record of success, started to provide the first results in 2015, in part as a consequence of Italy’s economic crisis, which pushed its manufacturing industry to seek lower prices for electricity.

There are two options for PV under the self-consumption scheme: net metering for PV systems up to 500 kW, and the so-called Sistemi Efficienti di Utenza (SEU) model for solar projects up to 20 MW (mostly commercial and industrial rooftop systems) with a higher self-consumption rate (possibly exceeding 70%). The main difference between the two options is that under net metering, PV systems can inject surplus power to the grid and be exempted from paying grid and system fees, while under the SEU mechanism this exemption is not granted. The exemption, however, can be granted to SEU system owners if they sell all or surplus power produced by their installations to a final client without passing through the grid, an option that is included in the regulation for self-consumption, and that has so far seen limited but increasing development in the Italian solar energy landscape. Although net metering and SEU projects for self-consumption alone were the main drivers for Italian solar over the past years, and will probably keep being the main market driver up to and beyond 2020, when Italy’s new energy strategy is expected to bring higher volumes of development, it is not excluded that SEU projects selling part or all of their power to a final client will see a larger share in the near future.

According to preliminary estimates provided to pv magazine by Italian renewable energy association ANIE Rinnovabili, which rely on data collected from the energy strategy recently issued by the Italian government, of the 30 TWh that were registered under self-consumption at the end 2015, around 73% (approximately 22 TWh) were produced by power generators qualified under the SEU model or the SEESEU model (which grants the same terms of the SEU model, but to power projects relying on mainly non-renewable energies that were authorized prior to July 2008). “It is impossible, however, for us at the moment to provide specific data on the SEU model alone, as the data provided by the government bundles data from the two project typologies into the same category. We estimate, however, that at least 23% of the 22 TWh (data collected by Italian government-run energy agency GSE) – this means around 5 TWh – may come from power generators qualified under the SEU modality,” said the secretary of the association Michelangelo Lafronza. At the end 2016, the Italian government-run energy agency GSE collected 22.000 requests (95% of SEU for PV) for a power of 7.5 GW (at least 54% SEU for PV). “The Scambio sul posto (net metering),” Lafronza went on to say, “has a share of around 2 TWh produced by 465,000 power generators.”

When the new regulation for self-consumption was released, Italian energy agency GSE and the energy regulator AEGGSI presented the SEU project typology as a new opportunity for renewable energy and cogeneration power producers owning power generators with a capacity of up to 20 MW to further invest in clean energy technologies. What was needed at the time was a deep knowledge of the new rules and to start gaining experience – something that took a while to be achieved. What seemed quite unclear at the early stage of the new scheme was if the option of selling all or part of the power to a single final customer was a viable one.

The SEU model, in fact, apart from being the main form of self-consumption for commercial and industrial power projects, also offers the possibility for the owner of solar or renewable energy power generator to sell all or part of the produced power to a customer without paying grid, system, and dispatch charges, provided that the generator is installed in the contiguous cadastral parcels of the final client, which means an area owned or managed by the customer itself and made available to the generators until the end of 2016. Originally, the system owners had to pay only 5% of the system charges, but starting from January 2017 even this minimal percentage was eliminated.

The right contract and the right client

In order to make SEU projects bankable, the choice of the best PPA under which power will be sold to the final client is crucial, as well as the choice of the client itself. According to Emilio Sani of Italian law firm Macchi di Cellere Gangemi – which is currently following seven projects of power plants based on PPAs with industrial clients and has also assisted several Italian and international companies in the closing of private PPAs for commercial and industrial PV projects under the SEU program in Italy over the past few years – the exemption from paying the above-mentioned fees for the energy sold by PV systems connected to the medium voltage grid may result in an incentive ranging from €50 to €60/MWh, which adds to the incentive being represented by the possibility of selling excess power to the grid. On the other hand, Sani finds that the final customer may benefit from power prices in between 10 and 20% lower than those offered by traditional power providers. “The energy sold through a private PPA does not pass through the grid, and is not charged for grid and system fees, while surplus power can be sold to the grid. This facilitates long-term agreements that may even reach 10 or 15 years,” said Sani.

The most frequent contact typology, according to Sani, is the second one, as it mitigates risks for the power producer in the case of the wrong choice of client.

Continue reading this article by Emiliano Bellini online on PV Magazine. The article was originally published in the 12-2017 issue of PV Magazine.