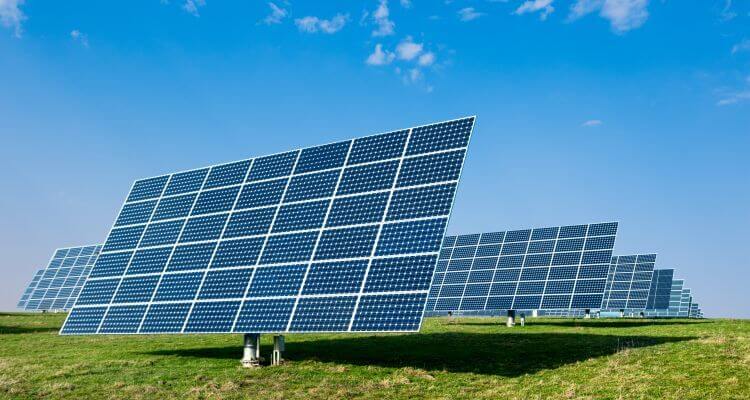 There is a sense of optimism in the German solar market, as the industry rediscovers large-scale ground-mounted solar plants.

This is not only due to the fact that the 2021 amendment to the EEG has doubled the area allowed for tenders from 10 MWp to 20 MWp and improved the verge regulations on roads and railroads, but also due to the hope of many players to strike “solar gold” outside the EEG with hopefully suitable areas.

On the one hand, this hype is understandable. The German government, with its incomplete EEG amendment 2021, has ensured that commercial rooftop projects larger than 300 KWp can almost no longer be installed. Likewise, the tender volumes in this segment are anything but adequate: all this has deprived an entire industry of part of its business basis.

On the other hand, it also involves some danger: out of this need, crowds of good and not-so-good land acquirers and project developers are going after the emerging open-areas market.

Our industrialized country is aiming to become carbon-neutral by 2050, and perhaps even faster after the federal parliament election (September 2021), increasing the share of electricity from renewables to 65 percent by 2030. At the same time, the last nuclear reactors will go offline in the short term and the coal phase-out law will create another electricity gap that must be closed quickly and reliably.

However, the dynamic expansion of renewable energies required for this (photovoltaics, wind onshore and offshore, solar thermal, hydropower, geothermal, etc) is massively hindered by a planning law nightmare. Country-specific laws, and even the EEG, as an additional regulator, continue to massively curtail the expansion through additional area or size-limiting regulations.

The relationship developing positively between the production costs and the revenues enables such power plants to thrive without state-guaranteed remuneration and can thus escape the rigid corset of the area-and-size regulations of the EEG. This is made possible partly through PPAs and direct power marketing of large ground-mounted photovoltaic plants

This paves the way for ever larger multi-megawatt parks in Germany, which will help to quickly close the emerging electricity gap.

The alleged problem with land

One myth that is attributed to ground-mounted PV systems is the extreme consumption of land, which is also repeatedly used as an argument by opponents of large solar parks. In this regard, the following facts should be considered.

As soon as one is outside the EEG, there is basically the possibility to build solar parks everywhere where this is not forbidden by building laws. This land backdrop varies greatly from state to state.

The usually preferred conversion areas – road and rail verges or structural facilities – are limited and also not always suitable for building and operating solar parks in terms of costs.

The situation is quite different for agricultural land. According to the Federal Statistical Office, there are approximately 16.7 million hectares of agricultural land in Germany. Of this, about 14 percent is used to grow energy crops such as corn and rapeseed.

This corresponds to approximately 2.3 million hectares of arable land that are currently used indirectly for energy production. If even half of this land were available for photovoltaic development, then approximately 1,000 GWp of solar panels could be installed on it. Enough to meet our electricity needs in the energy mix for decades to come.

Indeed, the energy yield of 1m² of solar area is 31 times higher than can be obtained from 1m² of energy corn. In addition, this intensively farmed monoculture area would experience a recovery, new habitat for displaced plants and animals could be created, and humus would form over the years, which in turn binds CO2. These points were discussed in detail, for example, in the study “Solar Parks are benefitting biodiversity” by BNE e.V..

In addition to the surface area, an economically viable grid connection point is also necessary for the construction of solar parks: that already reduces the amount of usable areas. The regional planning regulations under state law that ensure the development of possible agricultural areas has not been possible in many federal states to date, or only to a very limited extent.

An uncontrolled race to open-space areas

This previously politically intended shortage of land, combined with many market players (such as land scouts, project developers, EPCs, IPPs and utilities) entering the market, is creating an uncontrolled race on the land currently available.

As a result, lease prices for suitable land continue to rise. Some landowners can’t believe that their piece of arable land, which was low-yielding just a few months ago, has suddenly become a true goldmine. Within just one year, the annual lease prices of around €1,500 per hectare seem to have more than doubled in some places, with no end in sight.

At which expense such a drastic cost increase happens? Construction and operating costs can only be optimized to a limited extent, and banks and investors will not want to forego their margins.

So the only thing left to do is to save on the soft factors that ensure acceptance for the large open-space photovoltaic projects among the population, and thus ultimately also among the politicians.

Praiseworthy initiatives and measures, such as “Good planning of PV ground-mounted systems”, should lead to a higher acceptance among the population and politicians, and contribute to the necessary support in the planning and approval procedures in the municipal council meetings and citizen participation.

Besides, these initiatives are economically and ecologically sensible, but they also cost money that the PV projects must generate.

Short-term overheating of the ground-mounted PV market is sawing at the thin branch on which much of the current and future solar industry sits.

The success of the energy transition, with the help of large-scale ground-mounted solar plants, is only possible if we get local people excited about the project on their doorstep because it adds value to their community.

Likewise, its success will come through showing politicians that it makes sense to allow more land for construction.

The goal of the competition for suitable land must be not only to quickly secure a lot of land and block grid capacity, but to plan, build and operate large-scale ground-mounted system in a timely manner. This will prove how valuable they are to entrepreneurs, landowners, people in neighbouring communities, nature, energy supply, industrial value chains, and also valuable to investors.

Then, and only then, will large-scale ground-mounted PV projects experience the broad acceptance necessary to quickly build the capacity that the energy transition needs.